“I love my c-section scar. In fact, I’m probably the minority because I wouldn’t birth my baby without a c-section. He was our third baby and a miracle in every way. My marriage was on the rocks when we found out I was pregnant. Within two weeks we were repaired to the point of being more in love than we were when we got married. It was God in the works through our baby boy…just amazing how things unfolded. At 15 weeks I had some spotting, so the Dr. had me come in for a scan. My baby appeared to have something on his kidneys, but I wouldn’t learn more until an appointment with the perinatologist. The next week, we had a level 2 ultrasound and found out our baby had a birth defect called Posterior Urethral Valves. Basically, an extra piece of skin covering his urethra. His bladder was huge…he was drinking the amniotic fluid but had the obstruction and couldn’t pee it back out. In addition, he had clubbed feet (likely from the lack of space and amniotic fluid) which was definitely the least of our worries. We were told about a fetal surgeon in state who had experience with babies like ours. The concern is that without intervention, the urine will continue to back up into the ureters and cause irreversible kidney damage, as well as prevent his lungs from growing due to lack of amniotic fluid. The surgeon would be able to insert a shunt through fetal surgery and relieve the obstruction! What a relief! Until… we went through an amnio and three vesicocentesis only to be told that even though our son’s kidneys looked beautiful, the tests on them said otherwise and he wasn’t worth the surgery. How someone can determine whether my son’s life is worth saving but me and God, I will always wonder. Our perinatologist advised us to terminate, and said any good parent in that situation would do so. I couldn’t entertain that idea and was sick at the thought. I had two children already, and he was just as much my child as they were. After many tears and prayers, we decided to transfer our care and begin to accept the idea that our baby would die after birth. How do you accept the fact that a growing baby inside will just die after he is born? Or maybe before if he sat on his umbilical cord and cut off his supply? I felt like I was dying inside. I went for about two days deciding that I didn’t want to talk about my baby and just wanted to pretend he didn’t exist. But I couldn’t do it. I loved him. I wanted him. If wanting him and loving him means that I will only have him to mother for 9 months, then I would be the best mother I could be. I talked to him, sang to him (our song- Tears in Heaven), created memories with him, including the sad ones like picking out a funeral space at 30 weeks pregnant. Then at 34 weeks, his time came. I went into labor. At 9 cm dilated we made it to the hospital with just enough time to get me prepped for a c-section. Why not a vaginal delivery? I felt like my only hope was to get him out quickly to see him alive. He may not survive through the birth canal. My one was wish was to gaze into his eyes. For his last breath to be me holding him, knowing only love. When he was born, he was so much smaller than I’d imagined. He was just 4 1/2 pounds and with a tiny, bell-shaped chest from his lack of space and fluid (I was in the 2nd percentile for amniotic fluid most of my pregnancy). I heard a sound, yet not a cry. Just enough to ease my mind that he was alive. Once in the NICU, he was kept on life support while we spent time with him, had pictures taken and called our family and friends up to meet our sweet boy. After 3 1/2 hours we made the heart-wrenching decision to remove him from life support. A decision that took years to accept and that occasionally pops into my head. Matthew- our Gift from God- died silently in my arms. And yes, he gazed up into my eyes before going to meet Jesus. So after my milk dried up and my surgery pain slowly went away, I have my scar… a beautiful piece of him with me, always.” 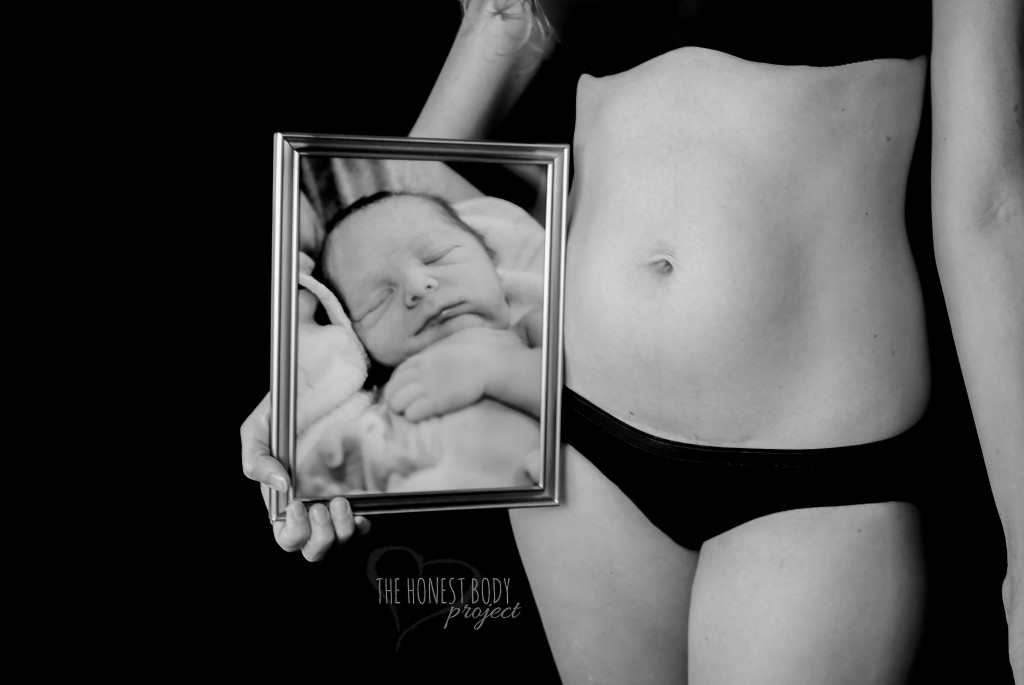